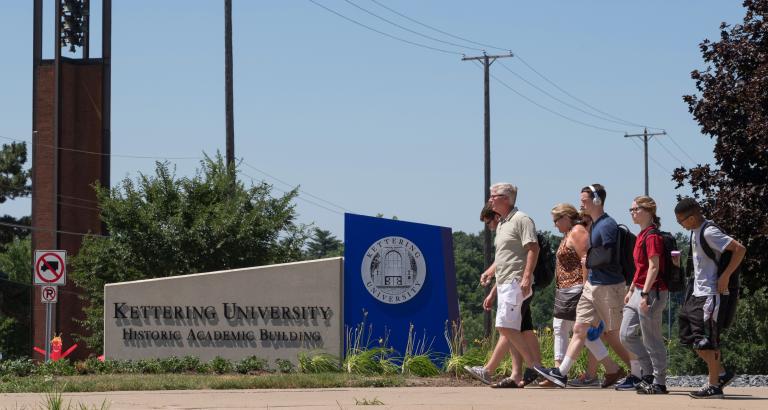 Kettering University students will try to answer the question “How do you create new jobs when white collar jobs have been displaced due to automation?” in a new competition sponsored by the Hyundai Center for Robotic-Augmented Design in Living Experiences (CRADLE).

Kettering’s School of Management is hosting the competition, and students in majors across the University are competing.

“It’s a really cool opportunity for younger generations that are still learning a lot and will grow up in field of automation,” said Emily Kurburski ’20. “It’s understanding how we’re going to learn to adopt it in industries and teach people across different generations to deal with the change.”

In 17 self-selected teams of three, students are interviewing professionals in various industries to understand different perspectives. They will write a report that attempts to answer the question by coming up with a solution based on their research. 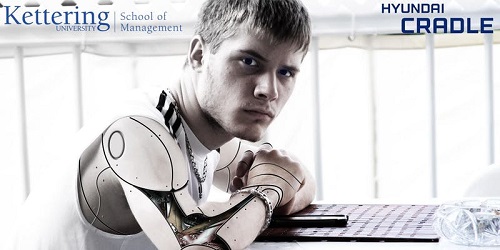 “Artificial intelligence technologies, such as deep learning, are enabling us to process, make sense of, and use extremely large data sets. Combined with the ever increasing computational resources, AI technologies have been and will be able to automate knowledge work. AI technologies are projected to get better at doing tasks that require complex thinking,” Suh said. “The Hyundai CRADLE competition is intended to give Kettering students an opportunity to think about the impact of AI on their own careers. I expect the students to uncover more questions than answers. Doing so will give them a heads up on preparing for the future.”

Kurburski, a Business Administration major, joined the competition because she wants to understand how automation will impact various industries, such as health care.

In the healthcare industry, in which she does her co-op, automation will make processes more efficient and improve patient outcomes. For example, automation means hospitals can run reports about a patient to ensure providers understand patients before they come in to streamline care.

“It’s a great opportunity for me to broaden my horizons on something I’ve never learned too much about. I’ve heard the talk about it, but I’ve never really gotten to know the details. Doing interviews and talking to people in other industries has been really eye opening,” she said.

Her team is comprised of Business Administration majors, but all three work in different industries, including automotive and tooling and manufacturing. The team members are completing their interviews and will next compile data to take stock of what they’ve learned to pinpoint commonalities across industries.

The scholarships caught the eye of Kristin Kage ’22, a Computer Science (CS) major, and she decided to learn more about the competition.

“It did seem super interesting,” she said. “Automation is where things are headed. I might not be at the point in the game where I’m using a lot of it, but being a CS major, we’d be coding a lot of that kind of stuff.”

Kage said she’s enjoyed the interview process. She had opinions about the questions, but found conflicting opinions among the people she spoke to. The competition is an opportunity to develop new skills and broaden her horizon.

“I’ve never interviewed someone before, so it was cool to be on that side of the table. If we are finalists, there’s a big presentation. It would be a cool experience to do something like that,” she said.

Dr. Michael Smith, Dean of the School of Management, said he’s grateful to Hyundai CRADLE for making the competition available for Kettering students.

“This competition offers a valuable and unique opportunity for students to examine how emerging trends might impact their lives as they prepare to enter into their professions,” he said. “While we have grown used to the influence that technology has had on work in industrial operations, there has been much less attention to how evolving technologies, including artificial intelligence, may impact professional employment. To see our students supported in exploring the implications of this shift, with coworkers and other interested stakeholders, represents professional development at its best.”