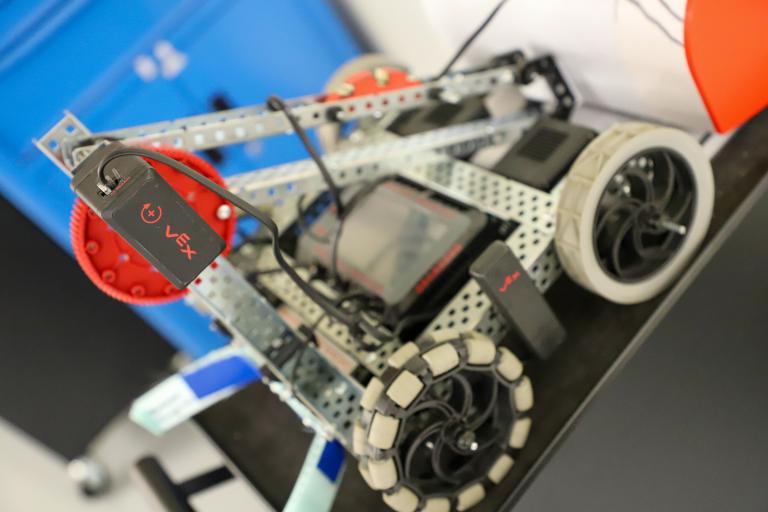 “All three organizations want to make sure students have the skills to be successful in the workforce.”

Many students come to Kettering with robotics experience such as classroom work with a robotics kit or various levels of competition. Either way, there’s a good chance their path included VEX Robotics.

For many K-12 schools, VEX can be a more affordable way to introduce students to robotics. The robots are small and can be created with simple tools. Competitions also have affordable fees and require little space for teams to complete their builds.

At Kettering, most freshman engineering students take the Interdisciplinary Design and Manufacturing (IME-100) course, which utilizes VEX robotics kits as a key component of the curriculum. Many other discipline students opt to take it as an elective.

“The equipment we were using was old-school manufacturing, and we wanted to update the class to be more reflective of modern engineering principles, which revolves around mechatronics,” said Dr. Craig Hoff, Dean at the College of Engineering.

Students are given a kit at the beginning of the term and they learn how to put together the robot. Then, they are tasked with making it more valuable by adding to it.

Hoff said the curriculum change has made students more enthused about the course.

“It went from that the students never wanted to come and couldn’t wait to get out to you couldn’t get them to leave,” he said. “It was the difference between an old-school manufacturing approach and a new-school mechatronic-based approach.”

The “old-school” curriculum featured a focus on casting, welding and stamping. Hoff said that’s still done, but there’s a larger emphasis on communication systems and computers to make the process more intelligent.

The donation was fostered by Kettering graduate Dan Mantz (‘91), who is the Chief Executive Officer of the REC Foundation. Hoff and Mantz met at a Robot Society meeting.

“When I saw the plans for the Manufacturing 101 course, I thought VEX would be a great product for them,” Mantz said.

As the program evolves, Hoff said he hopes to integrate more VEX equipment into the curriculum such as manufacturing simulators and drones.

“There are multiple areas that we’re working on. It’s my belief that not everyone is interested in mobile robotics, and that the REC Foundation’s Drones and Factory Automation programs enable us to engage even more students in STEM,” Mantz said.

He said the partnership between VEX, the REC Foundation and Kettering is important because they’re all working to prepare students for an evolving workforce.

“All three organizations want to make sure students have the skills to be successful in the workforce,” Mantz said.

Though Kettering is home to the FIRST Robotics Community Center, the University also has a strong connection to VEX through hands-on projects in the classroom, competitions, summer camps and scholarships.

Mantz sees the missions of VEX, RECF and Kettering as aligned.

“Ultimately, I see us as partners in matching students to manufacturing jobs,” he said.

He said he hopes to share more about Kettering with the students participating in RECF programs.

“I think we have to reach students at a younger age,” Mantz said about getting students interested in STEM. He noted RECF programs currently in K-12 schools and programs such as Kettering’s summer camps can do that.

New this year, ninth- through 12th-grade students can participate in RECF Drone Aerial Flight Camp in August. The camp, which gives students a hands-on experience to learn to assemble, operate and program a drone, ends with a competition on a competition field from the REC Foundation’s RADC aerial drone competition.

Also new this year, is the VEX Virtual Leadership Camp for ninth- through 12th-grade students Aug. 16-20. This week-long camp will cover topics that include communication and negotiation and the components and challenges of leadership through interactive activities that put learning into action. An in-person day camp will be July 26-30 at Kettering.

VEX camps have been running since 2015. Camps were virtual for 2020, but are expected to be in-person this year. However, camps that previously were residential will be day camps this year.

Like the camps, competitions also were conducted remotely in 2020. To compete, teams needed a field, laptop and camera. Teams that didn’t have access to a field could compete in online challenges.

More than 2,000 teams were expected to compete in the REC Foundation’s 2021 VEX Robotics Live Remote World Championship. Kettering was a sponsor of the May event, which allowed the University to submit a pre-recorded video shown during the live stream, just as it did for the VEX MI State Championship in March.

“The goal is to host the VEX MI State Championship in 2022,” said Kim Shumaker, Robotics Outreach Manager for Kettering University.

Currently, the University has a FIRST Robotics Alumni group. There is not a group for VEX alumni, but Shumaker said she would love to see students start one 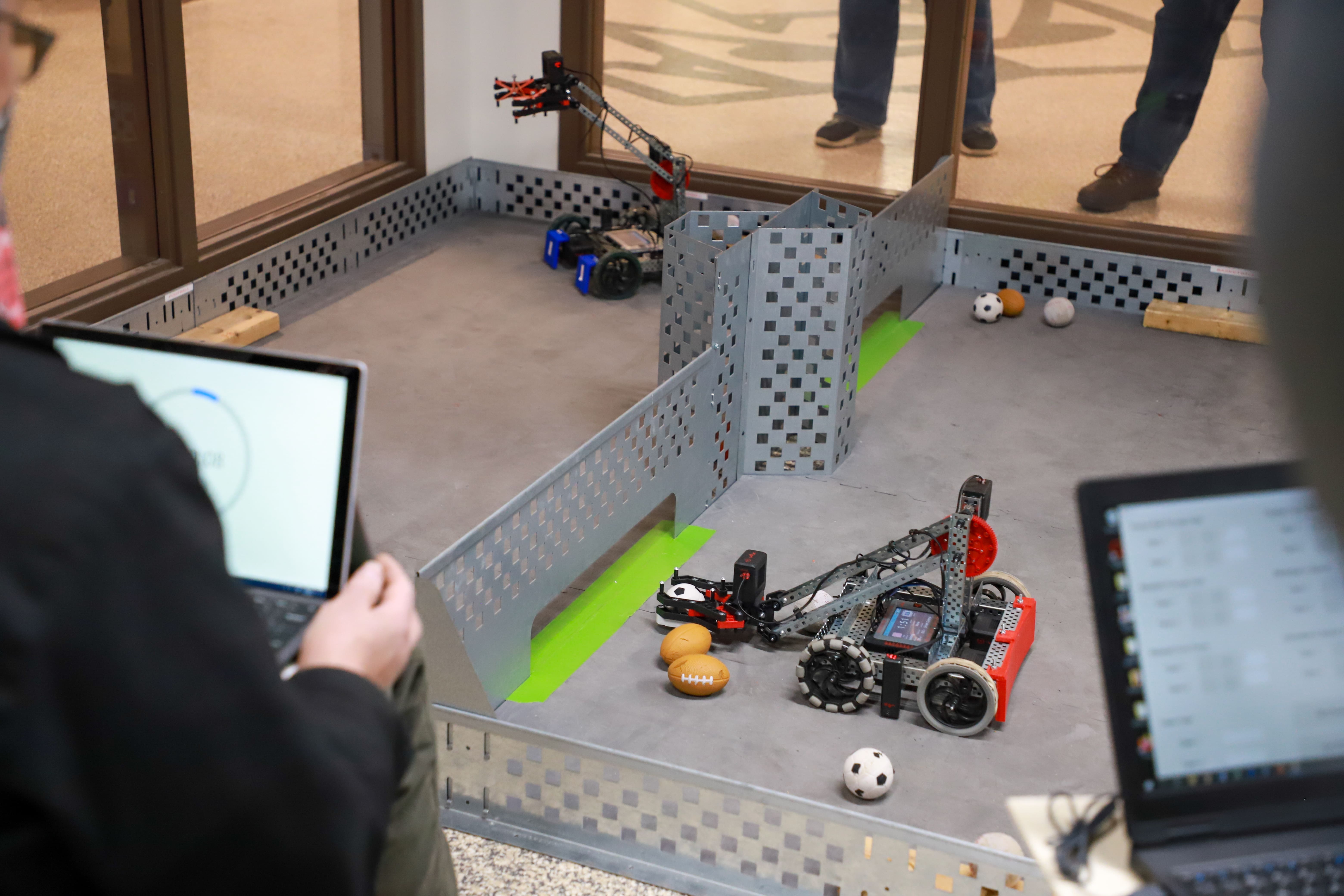