Kettering Esports Team to Game for 24-Hours for Charity 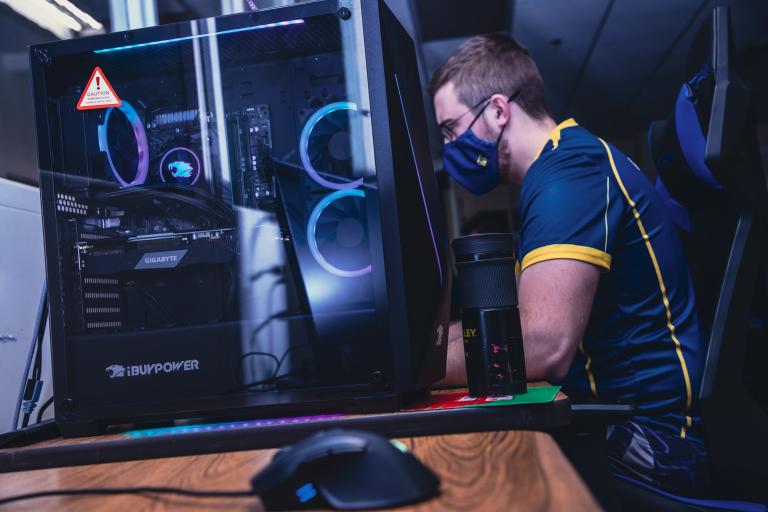 “I wanted to participate in the fundraiser because children deserve every opportunity to be healthy, and this is a good way to financially help those kids get that opportunity.”

Members of the Kettering University Esports team will be gaming for a cause this week.

“We just want to make this a great event for Hurley and raise a bunch of money for them,” said Esports Head Coach Dan Nowaczyk.

Gamers will be split between two spaces to participate in person but also have the option to join remotely. Spectators can watch streams of game play with commentary or catch a view of the gamers via the team’s Twitch channel, twitch.tv/ketteringesports.

The team will play its usual games, “Overwatch,” “League of Legends,” “Rainbow Six Siege,” “Super Smash Brothers Ultimate” and “Valorant,” in addition to “Minecraft,” “Counter-Strike” and other party-style games.

The students are ready to go the distance and participate for the full 24 hours.

She also feels strongly about the cause.

“I decided to participate because Hurley Children’s Hospital is a lifeline for so many kids in Flint,” Ward said. “They provide over 66 percent of the community’s uncompensated health care to citizens who have little or no health insurance. I support Hurley’s initiative as an organization, the brave kids who may be battling for their lives, and the wonderful staff who work long hours and stay strong for the families who need their care.”

Ward has big plans for viewers to entice them to give.

“I will create donation benchmarks where I will do different absurd things when they are met and also play a few different games with a twist,” she said. “I may even take a break to serenade my audience!”

Overall, the students said people who tune in should expect to see them having a good time for a good cause.

“When people tune in over the course of the stream, they can expect a variety of games played with some inner team competitions and casual game play,” said “Rainbow Six Siege” player Tom Shook (’22, ME).

Like Ward, he hopes to participate for the full 24 hours.

“I wanted to participate in the fundraiser because children deserve every opportunity to be healthy, and this is a good way to financially help those kids get that opportunity,” Shook said.

Esports at Kettering began in January 2020. This is the first fundraiser the team has hosted, with a goal of raising $5,000. Donation incentives and raffles also are planned for the event.

“If we reach our goal, I’m going to dress up as a cosplay character of the team’s choosing for the whole day at the office,” Nowaczyk said.

This year, only members of the Esports team can participate in the games, but Nowaczyk hopes to open it to others and expand the event next year.

To make a donation, visit www.kettering.edu/esportsgives.