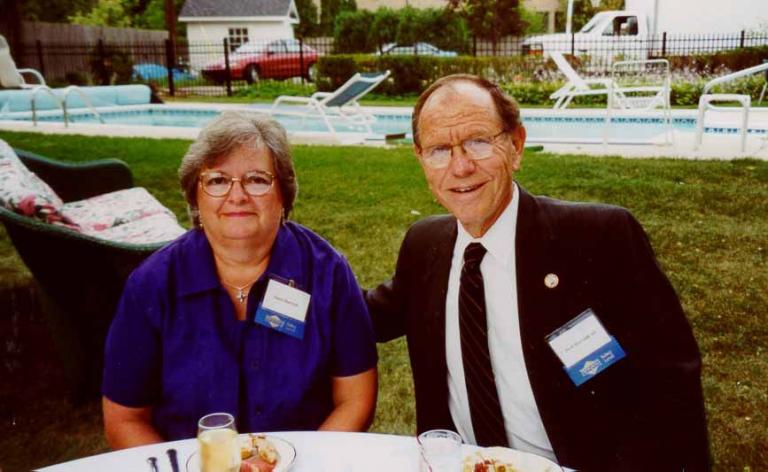 Two scholarships will honor the memory of Jack Hartzell '60, who served Kettering University and General Motors Institute with dedication. Hartzell died Sept. 26 in Flint. The Jack Hartzell Scholarship Fund will be administered through the office of University Advancement at Kettering, where Hartzell served as associate vice president of Alumni Affairs for many years.

In addition, the Sigma Chi Fraternity endowed scholarship fund will be re-named in honor of Hartzell, who was a member of the fraternity and served for many years as the group's adviser.

Hartzell graduated from Kettering/GMI in the top 10 percent of his class in 1960 with a bachelor's of science degree in Industrial Engineering and went on to earn an MBA from Miami University in Ohio. He worked for General Motors for 30 years before joining the staff at GMI/Kettering. Hartzell's face-to-face approach to alumni relations brought many alumni back to campus to reconnect with their alma mater.

As a student at Kettering/GMI, Hartzell was a member of the Robot Honor Society, an honor society for students who demonstrate outstanding scholastic, leadership, citizenship and service to the university. He was awarded the Distinguished Robot Award in 2000, an award given to alumni for creative leadership, service that transcends self and career achievement. He also received the Kettering University 2001 Alumni Service Award for outstanding service to the university.

Hartzell's contributions extended beyond campus into the community through his involvement in the Michigan Arthritis Foundation Board of Directors, First Presbyterian Church and Kiwanis Club of Flint.

Hartzell is survived by his wife Janet, daughter Jackie, son Lawrence and wife Polly, and granddaughters Amy and Sarah.

Funeral services were Sunday, Sept. 30, at the First Presbyterian Church, 746 S. Saginaw, in Flint. In lieu of flowers, memorials can be directed to the Jack Hartzell Scholarship Fund or the Sigma Chi Scholarship Fund by contacting University Advancement at 810-762-9863.