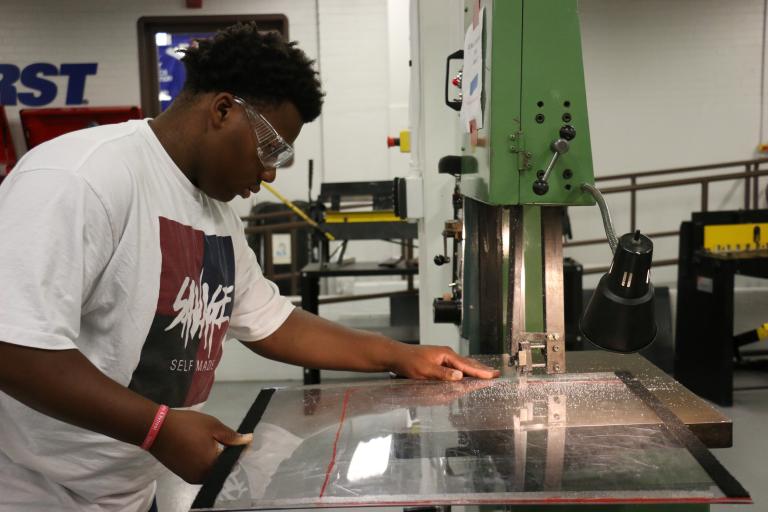 This is the second year Ford Motor Company’s Corporate STEAM fund sponsored the Ford Summer Camp, which was available only to students who live in the city of Flint. The FIRST Robotics summer day camp introduced students to various aspects of a STEM curriculum through hands-on exercises and challenges. The first week of the camp focused on the electric cars teaching the campers to program autonomously, and then students built and programmed robots during week two.

“I think it’s a great learning experience,” said Damien Shirah, a student at Way Academy in Flint, Michigan. “I like getting help with my programming issues since I’m a rookie at it. I am able to gather the ropes about everything.” 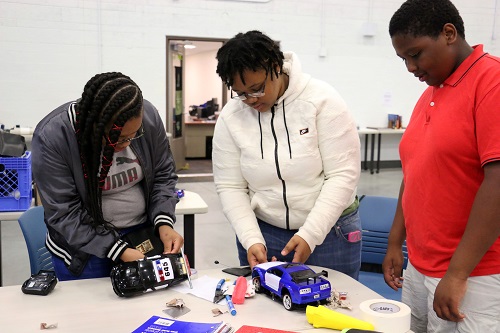 Damien is part of FIRST Robotics team C3 Waybots, Team 5251, at Way Academy. So when he heard about the camp, he was interested in learning more about robotics over the summer. He learned a lot more about the electrical board and how it works, but his favorite part was still building the robot and putting it all together.

The camp, which ran from June 18-June 29, was designed for students interested in robotics and programming. The camp also helped students prepare for the ACT/SAT.

The first camp sponsored by Ford launched in July 2017. Ford has a history with supporting robotics and Kettering University. Ford Motor Company sponsored back-to-back FIRST Robotics district competitions on Kettering’s campus in 2017 and 2018. In 2014, Ford also presented a $50,000 grant to Kettering University that helped purchase some of the state-of-the-art equipment, tools and technology in the Kettering FIRST Center’s machine shop.

Earl Dixon, a student at Southwestern Classical Academy in Flint, Mich., was happy he attended the Ford Summer Camp this year. He has been thinking about joining a FIRST Robotics team, so enjoyed experiencing what it’s like to build a robot, he said.

Building the robot and working in the center’s machine shop have been some of Earl’s favorite things over the two weeks.

“It’s been really enjoyable and fun,” Earl said. “Outside of building the robot, I have learned responsibility and accountability. It’s been exciting.”