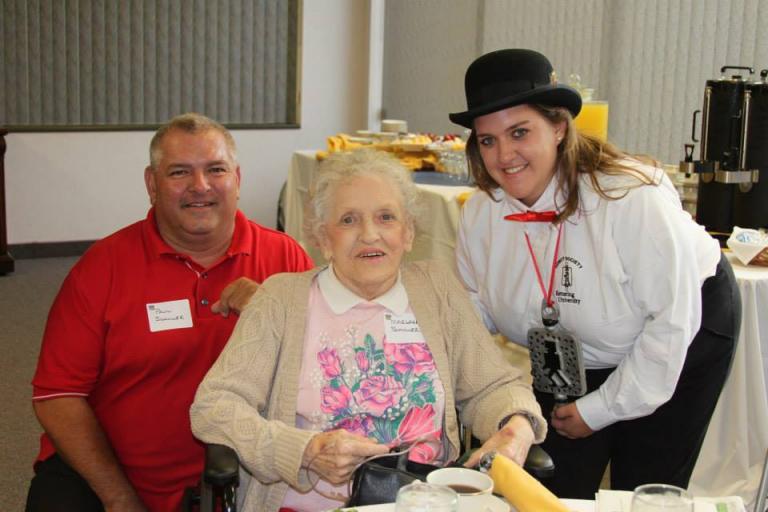 “There is a thrill behind problem solving onthe field. With the help of mentors, FIRST challenges you to solve issues efficiently.”

When Team 217 encountered Team 51 at the national FIRST World Championship in Atlanta in 2010, a mentoring relationship was formed. Ken Patton, mentor to Wings of Fire (Team 51) noticed Hayley Schuller ‘14 working as a member of the pit crew for the Thunderchickens (Team 217). Patton’s acknowledgment of her problem-solving abilities during the competition developed into a mentoring relationship between the two and eventually led Schuller to Kettering University and General Motors (GM).

“He is a mentor that has worked with students who have gone to Kettering,” Schuller said. “He saw me on the sideline as a member of the pit crew and thought I would be a good fit at General Motors. He explained how GM could help challenge me and get me where I want to be. He helped me find a home within GM, which ultimately helped me become the engineer I am today.”

Schuller started participating in FIRST Robotics in 2007 when the thrill of competition directed her to study engineering.

“Being involved in FIRST inspired me to be an engineer,” Schuller said. “There is a thrill behind problem solving on the field. With the help of mentors, FIRST challenges you to solve issues efficiently.”

Despite encouragement from her mentor, Schuller didn’t commit to studying at Kettering until participating in the Lives Improved Through Engineering (LITE) program, a summer pre-college program for high school girls interested in engineering. The program contents and relationships she developed nudged her to come to Kettering.

“I dreamt of coming to Kettering after attending LITE,” Schuller said. “The program allows you to experience multiple engineering disciplines, but the real inspiration comes from the mentors. The mentors in the program inspire you to be who you want to be and to see that women can make a difference.”

Schuller graduated from Kettering with a degree in mechanical engineering in 2014 and accepted a job with General Motors Powertrain where she also completed her co-op.

As a co-op student, Schuller rotated through many departments at GM including powertrain integration, noise and vibration testing, engine development and validation, and other departments that exposed her to the entire vehicle design and assembly process.

“My thesis was inspired by the rotations throughout my co-op.” Schuller said. “GM gave me the opportunity to explore vehicle development from planning to launch. It was a great pleasure to see a new model rolling off the line and seeing everyone’s hard work pay off.”

Now employed full-time at GM, Schuller has shifted her focus to drive quality, working at the Milford Proving Grounds. She’s responsible for testing and enhancing the vehicle experience for drivers and passengers.

“I really appreciate what Kettering and GM has done for me. They really pushed me out of my shell,” Schuller said.

Schuller relates her experiences at Kettering and GM back to her time in FIRST. All three pursuits have pushed her out of her comfort zone while enabling her to take more of a leadership role in each respective organization.

“I felt that Kettering, with their hands-on approach, was a continuation of FIRST. On your first day, you immediately start your degree, being put in a lab and challenged to be the engineer.”