The DNA of eye color 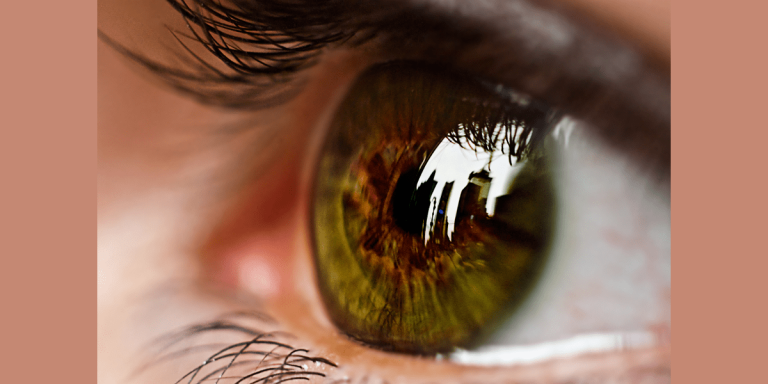 Contrary to popular belief, that brown eyed child of blue eyed parents is not related to the milkman. Recent genetic research is proving that parents with blue eyes can have a brown eyed child.

Dr. Montserrat Rabago-Smith and Kettering University senior Desiree White, of Attica, reviewed the latest scientific research literature and co-authored an article for the peer-reviewed Journal of Human Genetics, a publication of the Nature Publishing Group.

“The brown-eyed gene is dominant generally, that is why it is strange to see brown eyed children coming from blue eyed parents,” said Rabago-Smith. “We (the scientific community) are beginning to understand there are many factors that control eye color, it is not as simple a process as Mendel thought,” she said.

White, who is interested in the genetics of eye color, researched the topic for Rabago-Smith’s Genetics class.  What she found was that eye color is a mutation of DNA that is not in the gene that controls eye color. But it does control whether a protein will be formed from the DNA. White was recently awarded a National Science Foundation GRFP Fellowship to pursue a Ph.D. in Biochemistry.

“There are a lot of elements in DNA, including genes and promoters,” said Rabago-Smith, “the promoters bind to enzymes that control whether a gene will end up in a protein or not. It is actually protein that controls your eye color. The bottom line is that it is complicated – science is discovering new things every day.”

Rabago-Smith likened the process to someone turning on a light switch. “The enzymes are the fingers of the hand that turn the light switch/promoter on. The gene is the electricity/information that allows the information to pass into the DNA. And then it is transported via RNA into a protein which is the ‘light’ that comes on,” she explained.

Traditionally, eye color has been classified as a Mendelian trait, named for Gregor Mendel whose study of plant hybridization is the foundation of genetics. Recent research has shown that upon observing more than two phenotypes (observable traits of an organism), eye color has a more complex pattern of inheritance than can be explained by Mendel, White wrote in their manuscript.

Essentially, brown eye color indicates there is pigment present, while blue means there is very little pigment present, according to Rabago-Smith.  To have pigment, two genes need to work properly at the same time, HERC2 and OCA2, located on chromosome 15. Both affect the production of proteins that determine eye color by influencing melanin production and protein interactions.

The quantity and quality of melanin in the melanocytes in the iris of the eye determines the observable color of the eye.

There are multiple layers of eye cells, explained Rabago-Smith. In the outer layer there is one set of melanin, or pigment, then a layer of liquid containing sugars. Light goes in through the pigment layer to the liquid layer. The denser the melanin, the more light is absorbed in the liquid layer resulting in brown eyes. Less melanin means more light is reflected back, resulting in blue eyes.

These proteins also account for eye color disorders such as ocular albinism, which is pronounced in people with little to no pigment throughout their entire body, but it can be localized to the eyes.  With this condition a complete lack of protein produces red eyes and a small amount of pigment can produce violet eyes.  Another condition related to the proteins that influence melanin in the eyes is heterochromia, where different colored irises such as one blue eye and one brown eye are present.

And it all rests on the production of melanin in the cytoplasm of melanocytes.