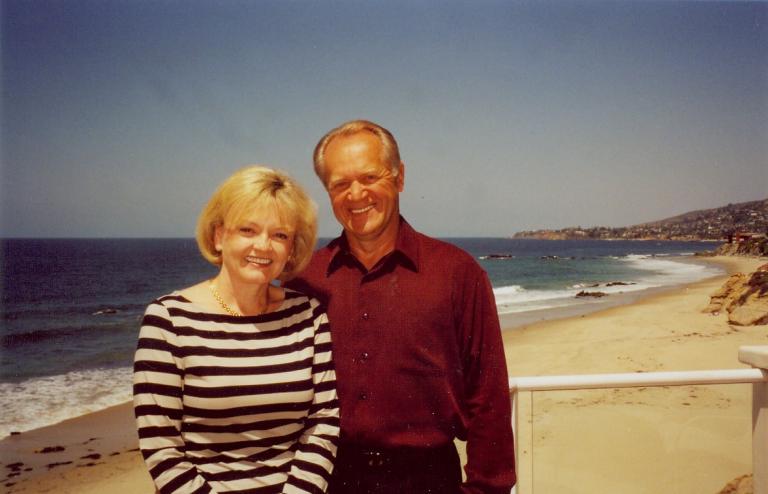 Although he doesn't consider himself a risk taker, John Nasi '64 went from being a kid who didn't like his first bus ride to helping modernize the bus industry.

He came out of the mining fields of Michigan's Upper Peninsula to study at GMI and create for himself a life he couldn't have imagined. At a General Motors division, he was among the first in his era to leave and be his own boss. And, when it was time, he walked away from a productive career because he knew it was time to go.

Today, he lives in a multi-million dollar home in southern California with a gorgeous, three-story view of the Pacific Ocean. He surrounds himself with tools of discovery, like a telescope to view the distant stars and large bookcases stocked with contemporary mysteries and tales from Ancient times.

"I arrived at GMI with few hopes or dreams," Nasi said. "I've told this story many times. I came down from Ironwood (Mich.) on a bus to test for admission to GMI. After a 20-hour ride, the GM man who met me asked how my trip was. I told him the bus was terrible. The man said, 'we build those buses here, son.' I almost got back on the bus!"

Nasi came to GMI in the late 1950s, where his strong work ethic brought him good grades. He accepted a co-op position at GMC Truck and Coach in Pontiac, eventually building, as luck would have it - buses!!

It was a good plan at first, Nasi admitted. "When you get out of college, you go into a work arena and float along. You think you're doing what's right by working hard because it had gotten you this far."

He stayed with GMC Truck and Coach, moving upward through the ranks. He married, had three sons and worked hard. And he enjoyed his work, learning from his supervisors and stretching away from engineering into skilled trades operations and the bigger picture of the production environment.

Then a graduate school professor had a life-changing impact. His assignment: do a strategic plan on his life. "The outcome was very clear," Nasi said. "I had three sons and was going to need 'R & D' dollars if I was going to educate them. At this stage of my career at GM, I was financially comfortable but not building any cash reserves."

So Nasi found himself asking a question that surprised him - "Is there a world outside of General Motors?" Spurred on by the fiscal needs of educating three sons, he crossed yet another bridge in his life, the decision to leave GM.

He joined Motor Coach Industries, which was owned by Greyhound, and he was named president and CEO. Under his leadership, new improved buses were developed and bus manufacturing facilities were modernized. Greyhound sold the bus operating company, but kept the bus manufacturing operation. The holding company's new name was Dial Corp. In 1994, Dial spun off the bus manufacturing business. A short time later, a Mexican firm, C.G. Dina, bought all of the shares of Motor Coach. Nasi aided in the transition, running Motor Coach and the Mexican operation for 18 months, retiring in 1996.

Nasi credits workaholic hours and good preparation for much of his success. He advises people to "mix your life -- you can't be so focused that you sacrifice other parts of your life. And yes, you have to be a risk taker."

Today, Nasi and his wife, Joan, live in an oceanside home that they redesigned and had rebuilt in Laguna Beach, Calif. In the lowest level of his lovely home stands a 1860s heirloom roll-top desk that belonged to his father and an oak rocking chair from his grandfather. "We wanted to create a home to meet our vision of this phase of our lives. We wanted to build a lifestyle of our own, one we enjoy immensely."

"I started out a green kid coming out of the U.P. in a bus, and I ended up being president of the company. What a twist of fate. 'Luck,' yes, 'hard work,' yes, but my education was a tremendous gift to me."

Keeping the door open
To encourage other students from Michigan's Upper Peninsula to apply to Kettering, the John R. Nasi Scholarship Fund was established in 1997. For more information on scholarships for students, contact Diane Bice at Kettering's Financial Aid office, at dbice@kettering.edu or (810) 762-7491.