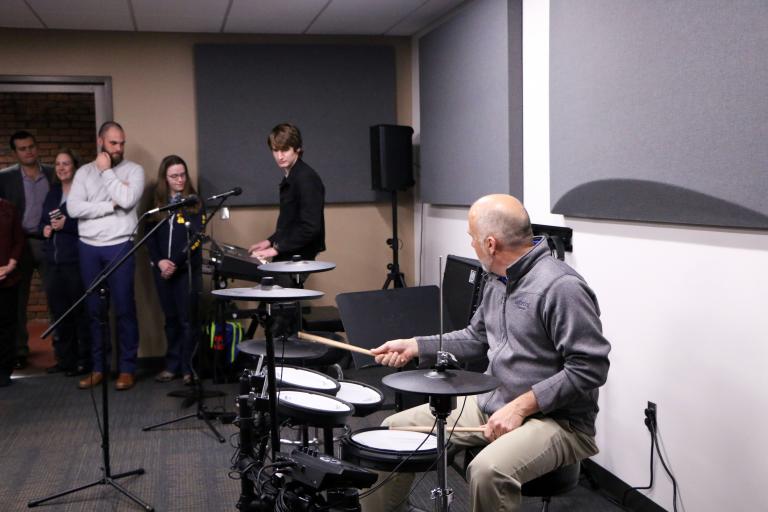 It’s why she donated money to create the Jane Boon '90 and Norman Pearlstine Music Studio and Practice Rooms in Kettering’s Campus Center—a fabulous way to serve students while acknowledging that Kettering students have a breadth of passions that merit pursuit, she said.

“I think engineering and STEM education can be really immersive and at times, overwhelming,” she said. “Having a place for the arts in life is a wonderful outlet. It informs the technical work in ways we’re only beginning to understand. There’s so much overlap between math competency and musicianship.” 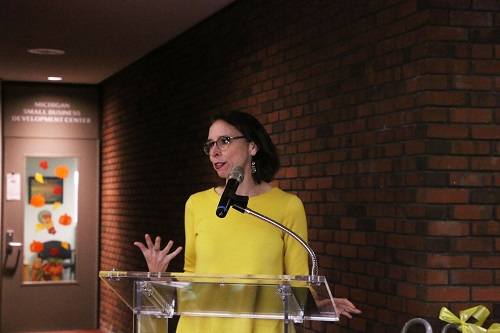 Design is part of engineering, she said, using Apple as an example. The product is designed to be beautiful as well as functional, and the human-tool interface is something students study in industrial engineering. Bringing an element of style isn’t that alien to the discipline, she said.

With a trend in changing STEM (science, technology, engineering and math) to STEAM (adding art), Kettering can become more attractive to students who are looking for a science and math-focused school that doesn’t forget about music and art. Not only do the arts aid in education and engineering, they provide an increase quality of life for students.

“We have so much evidence that shows that STEM students who actively engage in the arts lead happier and more productive lives,” said Laura Vosejpka, Dean of the College of Sciences and Liberal Arts. “I am thrilled that our Board member Jane Boon is helping the University offer opportunities to engage in music in a hands on way.”

Why music? Boon played piano and clarinet in her youth, but left the clarinet behind when she came to Kettering. A music room is a straightforward addition to help students sustain that outlet and provide a place to play without worry.

“It’s fun! It’s satisfying, creative, fun, noisy. When you do it right, it’s joyful. Don’t we all need some of that?” she said. “It’s for yourself or for you friends. The risk of failure is low—if you make a dissonant note, who cares?”

Boon has a history of giving back to Kettering in many ways. She’s lead donor to the LITE pre-college program for girls and often donates to crowdfunding campaigns. Boon likes the specificity and grittiness of crowdfunding. One such project has been raising money for the SAE Clean Snowmobile Challenge. A young alumni who participated in the challenge could donate to remain connected to campus, she said.

“Usually, they offer follow up information so you can find out how teams do. It’s a great way to stay connected and engaged,” Boon said. “There’s often a project that speaks to different interests.”