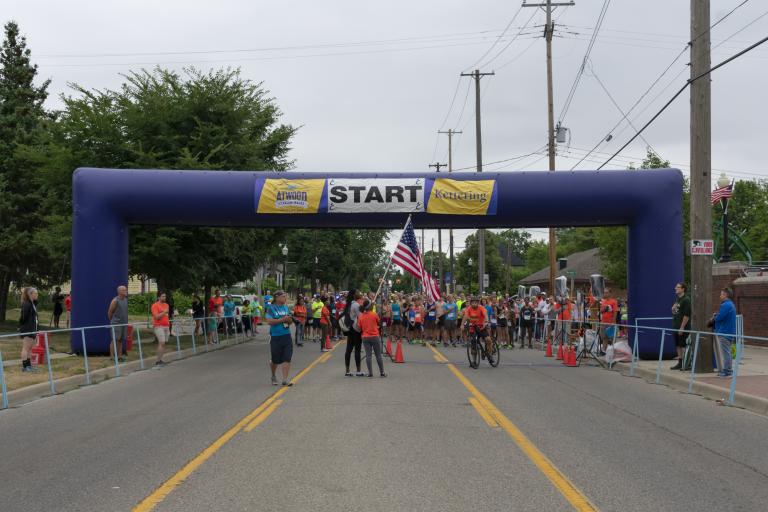 Community vitality is a pillar at Kettering University. In 2018, Kettering students, faculty and staff continued to give back to the Flint community through longtime events, new sporting attractions, Service Saturdays and working with local institutions to helps others.

The Kettering University Atwood Stadium Races brought out a record number of runners and walkers to the historic event. Approximately 1,000 people lined up to take on the 5K and 10K races, which are nearly 40 years old and an integral part of the running scene in Flint. Read more.

The Michigan Bucks soccer club will relocate from Pontiac to Kettering’s Atwood Stadium in 2019. The three-time North American Championship-winning team is in a feeder league to Major League Soccer. Read more.

The Michigan Small Business Development Center I-69 Trade Corridor Region and the Kettering University School of Management have teamed up to donate materials to the Berston Fieldhouse library. Read more.

More than 20 Kettering University students came together to give back to the community during the co-op at General Motors. Together, the students volunteered a combined total of 66 hours. Read more.

A new Crossfit gym has opened in a Kettering University-owned building near campus. Flint-native Jake Saldana and partners founded Old No. 4 Crossfit at 1113 University Avenue in Flint, Michigan. Read more.